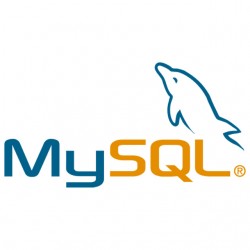 Many of the world's largest and fastest-growing organizations including Facebook, Google, Adobe, Alcatel Lucent and Zappos rely on MySQL to save time and money powering their high-volume Web sites, business-critical systems and packaged software.

MySQL is a popular choice of database for use in web applications, and is a central component of the widely used LAMP open source web application software stack (and other 'AMP' stacks). LAMP is an acronym for "Linux, Apache, MySQL, Perl/PHP/Python." Free-software-open source projects that require a full-featured database management system often use MySQL.

Speed. MySQL is fast. Professional developers contend that MySQL is about the fastest database system you can get.

Ease of use. MySQL is a high-performance but relatively simple database system and is much less complex to set up and administer than larger systems.

Capability. The MySQL server is multi-threaded, so many clients can connect to it at the same time. Each client can use multiple databases simultaneously. You can access MySQL interactively using several interfaces that let you enter queries and view the results: command-line clients, Web browsers, or GUI clients. In addition, programming interfaces are available for many languages, such as C, Perl, Java, PHP, Python, and Ruby. You can also access MySQL using applications that support ODBC and .NET (protocols developed by Microsoft). This gives you the choice of using prepackaged client software or writing your own for custom applications.

Connectivity and security. MySQL is fully networked, and databases can be accessed from anywhere on the Internet, so you can share your data with anyone, anywhere. But MySQL has access control so that one person who shouldn’t see another’s data cannot. To provide additional security, MySQL supports encrypted connections using the Secure Sockets Layer (SSL) protocol.

Portability. MySQL runs on many varieties of Unix and Linux, as well as on other systems such as Windows and NetWare. MySQL runs on hardware from high-end servers down to small personal computers (even palmtop devices).